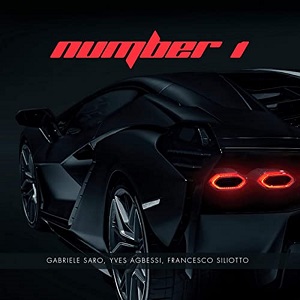 “Back Parachute” is one of two new singles by Italian based artist, Gabriele Saro. Gabriele Saro is essentially two sides of the same coin. He describes himself as a collision of interests. On one hand, Saro is a passionate and artistic man, with interests in music and film, and a degree in violin. On the other, he is a pragmatist and logical thinker, with a degree in Neuro Linguistics.

You wouldn’t necessarily get a sense of Saro’s scientific side, from his style of music, but if you listen a little closer, you may. The production quality on “Back Parachute” is not the work of raw talent, combined with enthused initiative. It’s a focused and capable effort by those with an advanced understanding of studio techniques, combined with creative vision and professional musicianship. As a result, you have a hot and ready pop song, in “Back Parachute.” The song is not completely devoid of artistic credibility, as there is something of an unorthodox intro, slapped on for good measure, and/or respectable risk taking.

“Back Parachute,” has that rare quality of feeling run of the mill and appealing, all at once. Most of the credit must go to Saro, himself, as he gives an authentic and mature performance. His grasp of English is rather remarkable, as he delivers his vocals with effortless tonality and enunciation. He never loses or even slightly veers from the plot, and his voice captures so many key emotions and implications, simultaneously. “Back Parachute” is a song you might want to listen to before all of your friends do, because it’s likely to be a bragging point, if so.

The second of the two singles, is “Ring The Bell.” While this track has similarities to “Back Parachute,” it’s ultimately destined to represent the B Side of the current release. Now, that’s not to say it’s not a quality track, or inferior, in any way. “Ring The Bell,” simply takes a little longer to bake, and as a result, it’s more likely to be embraced over time. It’s decidedly even more ballad, than the dance ballad that is “Back Parachute.”

For his part, Saro gives an even more invested performance on “Ring The Bell,” but there is a subdued aspect to it. Specifically, he is slightly lower in the mix, than on “Back Parachute,” so at times, you have strain a bit to decipher the lyrics. Once you get a better grip on the narrative, you appreciate the emotional vulnerability, and interspersed metaphors, throughout the piece. While the mix is equally as competent on “Ring The Bell,” it doesn’t have the show stopping production quality of “Back Parachute.” That’s not to say there is anything lacking on “Ring The Bell,” but Saro’s two new releases are best experienced in a particular order.