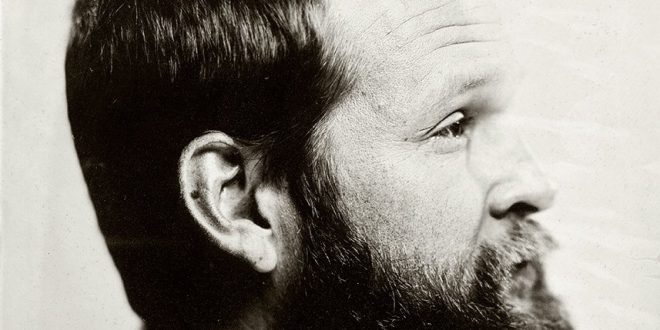 Ben Millburn’s Sunglass Moustache has confidence radiating from each of the album’s eleven songs. Millburn wrote and arranged all of the songs, but some of the tracks are shaped by improve rather than laying out a composition for a band to follow. If you don’t know, it’s impossible to tell – there’s such a loose-limbed sense of self pushing each of these songs along and even the instrumental tracks are memorable rather than afterthoughts like they might be in the hands of less imaginative songwriters/musicians. “I Feel Something” definitely has a “jammy” feel, but there’s also a clear structure holding much of the tune together before Millburn and his collaborators take some sharp, interesting turns in the song’s second half. Many newcomers to Millburn’s music will appreciate his talent for delivering convincing indie rock vocals yet bringing genuine emotion into his singing. His voice shows more variation as the album continues.

Reverb is a signature of the guitar playing on this album and an artful introduction to “Call Me King” leaves a mark on the listener thanks, in part, to the union of sound and notes. There’s definitely a strong sixties psychedelia influence running through the song and some Beatles-que touches along the way, but Millburn follows his own route to the song’s success with a much surer hand than most. A hint of soulfulness in “Call Me King” goes full flower with the song “ABCD”, but the song takes time to develop. We really don’t get into that until Millburn hits the verses, but his vocal only grows more impassioned as the song progresses. There’s a light funk lope to the song, as well, that helps make it an even more satisfying experience.

The looming rumble of acoustic guitar opens “Isayuletit”. It settles into a brittle, ghostly pattern during the opening verses before Millburn unleashes a wall of sound guitar attack different from anything else preceding it. “Isayuletit” only continues to gather an inexorable pace during the performance and peaks with a blistering guitar solo near the conclusion. An understated rhythmic bass line opens “Mr. Taco” and it prompts a relaxed, considered instrumental performance with some choice synthesizer and keyboard moments spotlighted for listeners. One of the best guitar performances on Sunglass Moustache comes with the song “The Beat” and you can hear Millburn’s Louisiana/American South influences rising to the surface. Many listeners will likely rank this among the album’s best songs thanks to its unified excellence instrumentally, vocally, and sonically.

The string of first class cuts continues with the title song and it’s easily the riskiest musical moment on Sunglass Moustache. Ben Millburn and Grant Johnson’s production manipulates volume in a consistent pattern, swelling then retreating with recurring musical motifs, but Millburn throws a few curves along the way so listeners never become too settled. “For You” is another track with stinging backing vocal support enhancing Millburn’s own voice and the guitar work has the same cutting aim distinguishing so many of the previous songs. Sunglass Moustache should establish Ben Millburn as one of the best indie musical and songwriting talents today, if any doubt remains, and has a wide ranging, fully realized musical vision.

User Rating: Be the first one !
Share
Previous Del Suelo’s – The Musician’s Compass: A 12 Step Programme
Next DawgGonDavis releases EP