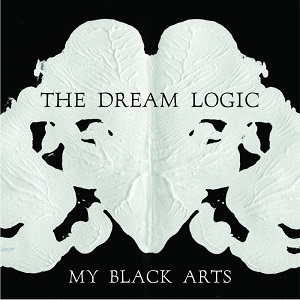 “Biznasty” (SINGLE ) by The Dream Logic

Wandering around the sound in “Biznasty”, this is the type of groove that feels best when you’re outside. Or it’s the type of big, landscape song that begs to be played loud while rushing down the highway, windows down. The Dream Logic, the power trio behind “Biznasty”, stands alone and any old label or title just will not do for their sound. Their imaginative and conundrum lyrics swell the listener with instantaneous affinity.

“Biznasty” is anything but your typical song. That’s par for the course when it comes to The Dream Logic. Already well-established in their individual careers – the three members of The Dream Logic, Charles Compo, Camille Gainer and Jerry, have been recording with each other since 2018. Their songs from Liquid Sunshine, including “I’m Afraid to Speak” and “You Wrecked Me”, have an up tempo groove and a soul to them that speaks to the listener. Lead singer Compo takes the reins with his happy-go-lucky sounding vocals (think John Sebastian from The Lovin’ Spoonful). Something about Compo’s voice triggers an immediate transport to hopeful, happier days.

Mixed with Gainer’s impressive drumming and her backing vocal prowess, “Biznasty’s” vocal flare is top notch. You’re biznasty, standing right in front of me, sings Compo. His voice so positive and lofty, it’s hard to imagine this song not being a joyful one. Through their lyrics, The Dream Logic create this mysterious theme, a double-meaning narrative. The more I listened to this song, the more I kept second guessing its meaning. After a few tries, I’ve come to the conclusion that this song is about looking in the mirror and being true to yourself. Look at your failings and recognize that you have to be positive to turn your life around. That’s what I got out of this song. Rather than go into a diatribe or rhetoric, I think they keep the lyrics succinct. The core of this song, as is the case for many of The Dream Logic’s arsenal, is the fluctuating sonic waves. They keep the listener guessing what sound is next. There’s a very cerebral approach to the music bed, at the same time, even the casual listener can partake in the party-like funk of a good time.

Taking a cue from their storied careers, the members of The Dream Logic have recorded and toured with such artists and legends as Martha Reeves (Martha and the Vandellas), Kim Waters, Bo Didley, Cyndi Lauper, Alicia Keys and Wayne Brady. The list just goes on and on with these three. While the groove is immediate, the words/lyrics take some time to marinate. I think looking at it from the perspective of several listens, the sound is the zenith of their years in other bands. I hear Motown, echoes of the Blue Note and even the stylings of 60s/70s psychedelics. I also hear the presence of Prince. Like The Dream Logic, the Purple One took many risks and kept his listeners on their toes. Wherever “Biznasty” takes you, it’s for certain your soundtrack will be complete with virtuosity.

The music of THE DREAM LOGIC has been heard all over the world in partnership with the radio plugging services offered by Musik and Film Radio Promotions Division.  Learn more https://musikandfilm.com