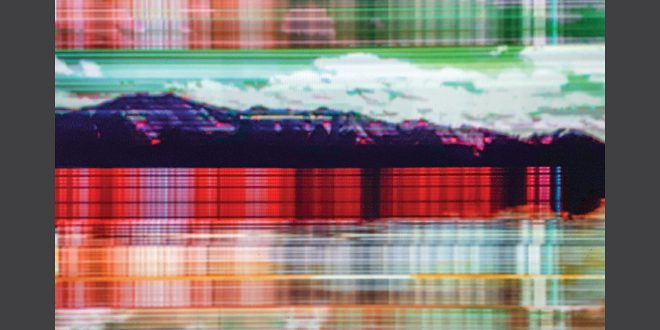 There aren’t many genres in the world that are as naturally abstract and surreal as ambient music is, and rarely has that felt as blissfully obvious as it does in Bitter Lake, the new record from Bloom’s Taxonomy. In this EP, the upstart British experimentalist kicks ambient melodicism up a notch with a percussive-focused effort as rooted in Metal Machine Music as it is a Morgan Delt B-side. His influences are indeed on his sleeve, but if one thing is ensured from start to finish in Bitter Lake, it’s that listeners will be treated to an all-original experience through and through.

“Love and Grace Machine” and “Spominiks” are more structurally abrasive than “Balconies,” “Taurus-Littrow” or “Burgess Park,” but the diversity of this tracklist doesn’t make it feel like a mix tape instead of a professional EP. Contrarily, Bloom’s Taxonomy demonstrates more versatility in this record than he actually needed to, which only adds to the idea that he could do whatever he wants if given a decent enough budget and the recording space to make it happen. Putting out music like this will lead to bigger and better things, and I’m probably not the first critic to say as much.

It would be really interesting to hear a minimalist take on the title track sometime in the future. Remixes can offer us another look into the artistry of a performer without dismissing the sonic integrity of the original document (at least when they’re done right), and by and large I think most of the material on this EP could be re-stylized at a later date if Bloom’s Taxonomy saw fit. He’s got nothing to lose in staying on this vastly experimental trajectory, and if I were him, I’d think of it as giving ambient fans exactly what they’re looking for this year.

“Balconies” probably didn’t need as beefy a synthetic backbone as it was given, but at the same time, there’s nothing about its construction that I would deem negatively overindulgent – at least by modern standards. It would have been harder to make a song like this work some twenty years ago, but Bloom’s Taxonomy definitely isn’t trying to reboot any Y2K vibes here. If he were, he wouldn’t have invested as much passion, emotionality and raw musical eccentricities into this mix; he’s the real article, which isn’t easy to come by anymore on either side of the pop music universe.

While it’s not the most efficiently made experimental record that I’ve heard in 2020, Bloom’s Taxonomy delivers a required acquisition for ambient addicts everywhere in Bitter Lake. I’ve always been a little picky when it comes to material created within this genre, but with Bitter Lake, nothing feels inaccessibly intense or boastful at all. Bloom’s Taxonomy, both compositionally and with regards to his performance style, comes to us on an even-keeled artistic platform in this record, and if he plans on doing the same in a full-length album soon, he’s going to have my continued critical and personal support throughout his unfolding career.