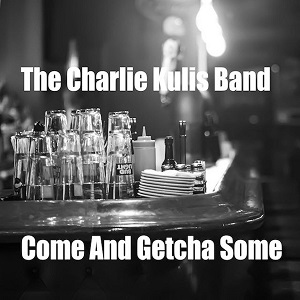 “Come And Getcha Some” by Charlie Kulis Band

“Come And Getcha Some” is the newest single from the Charlie Kulis Band. Full of rambunctious fun, this country hit is the right tone and struts itself the perfect pose. Ready for summer? You will be after listening to this sunglasses-worthy, bright shining tune. A revving guitar and a boppin drumbeat, this sing along hit goes on all cylinders. Be it a night out camping under a canopy of stars, or grilling up some burgers on the grill, “Come And Getcha Some” sets the scene for an anthemic country party.

Any time food is mentioned in a song, my ears peak just a bit higher. The Charlie Kulis Band doesn’t disappoint. Short ribs cookin’ in the smoker, grilled steaks, hot links on the bun, fish fries, turn them burgers over, po boys and gumbo, come and getcha, come and getcha some, the lead vocalist sings. His voice is the same charm and dimpled grin (I imagine so) as Luke Bryan and Blake Shelton. There’s something so welcoming and homegrown about this country crooner. Mixed with that roaring blend of guitars and boisterous red dirt orchestration, this song sizzles. I loved the way it made me feel like a summer day, like school just got out and not a care in the world holds me down. That is the joy, the feverish pitch that this song elicits. And the word gumbo – it works very well for a song like this. You have a lot of the fabric of American life sewn into it, you get it sizzling, and you throw in some other sounds and sonic characters. It’s well rounded and has quite the sonic depth.

This song conjures up the memories of summer camp, of secret rendezvous at the lake house. It is time spent with family, recalling the music festivals that were put on hold last year and it fits like riding a bike. It’s coming home. It’s a culmination of the human spirit, a spitfire song for the rebels in all of us. Who doesn’t love a song that intersects itself into your party, and instantly becomes the showstopper? This is that song. I found it completely entertaining and more importantly, the Charlie Kulis Band knows their way around their instruments. It’s a nice flow, a generous amount of sonic splash that elevates the mood. If these were just a few folks playing a song it would be one thing, but this band makes this song an event.

We often think of country music as being geographically centered to the south, or Music City. Sure, this song mentions summer’s back Georgia down to Texas, but it feels like the entire globe can relate to this celebration. Check your attitude at the door – this one is all fun. I would highly recommend “Come And Getcha Some” to any modern country fan, as well as pop, Americana and adult contemporary. Save some room for dessert, though, you’re going to want several helpings of this one. It’s definitely ‘repeat’ worthy.

The music of Charlie Kulis Band has been heard all over the world in partnership with the radio plugging services offered by Musik and Film Radio Promotions Division.  Learn more https://musikandfilm.com