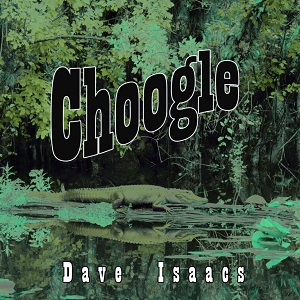 I admire how Dave Isaacs reins in the instrumental breaks for his new song “I Like What I See”. He gives us just enough of a taste from the tantalizing secondary musicians he’s working with that we understand even better how much the material means to him and, no less important, it focuses us further on core strengths such as the interplay between melody, lyrics, and instrumentation rather than real or imagined virtuosity. There’s a lot to enjoy during this song.

It begins with the vocals. Isaacs isn’t a technically gifted singer, but that isn’t what his music is all about. He’s thoroughly immersed in the roots music genre with this recording so it behooves him to pursue a more dramatic and emotive reading rather than a precise outing. He infuses his performance with a generous shot of energy, as well, without ever allowing that energy to overcome his artistry. Isaacs paints well within the lines throughout this song even if the colors he uses are deep and vivid and the overall impact will leave many listeners wanting more.

He confines the track to a manageable length. It is, however, the sort of song that lends itself to extended live versions and it wouldn’t surprise me to hear Isaacs and his cohorts stretch out on this tune in concert. It has a somewhat diffuse superficial feel, like its more a handful of musical elements coalescing rather than a firm composition, but a close listen reveals a definite scaffolding supporting its subtle atmospherics.

There is a much more dramatic quality to this song than others like it. Those other stiffer and infinitely more obvious examples of modern swamp blues, let’s call this song what it is, suffer but Issacs avoids that because he knows when he needs to play his cards and which ones. There’s never any feeling of him rushing things. Every note and turn in the composition have an ultimate purpose rather than serving as sound and fury that, in the end, means nothing.

It is quite a place to be for a musician and songwriter who began adulthood dreaming of playing as a classical concert musician. Isaacs endured a repetitive strain injury, however, that ruined those aspirations and forced him to reorient. He pivoted into this area of popular music long ago and has enjoyed critical and popular success alike with countless live shows and numerous releases to his credit.

This first song from his new album Choogle sets the bar high for everything that follows. It’s easy to be confident, however, that the remainder of the release will live up to or else exceed those standards. He has a firm grasp on his artistic control and, like a baseball pitcher in his prime, has become a volume songwriter capable of turning out one complete gem after another. This new single is no exception. “I Like What I See” places a high premium on eternal songwriting virtues and few modern practitioners of the form are better than Dave Isaacs.