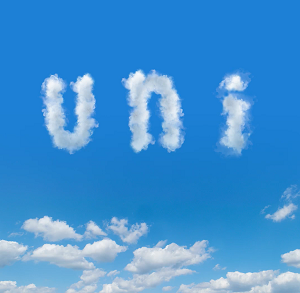 Hip-hop is no longer defined by hard verses and gangster vibes alone, but instead a growing culture that knows no borders nor aesthetical boundaries. What was once a purely underground trend is now the biggest genre in the world, and no one knows this more than the Italian-born, Miami-based rapper and singer Dici.

Dici’s rise to fame has been sudden but not unwarranted, and the string of singles and he’s released in the past couple of years have earned accolades from longtime critics and those who keep up with rap the same, mostly because of how precise an execution he offers in every one of his songs. He sings, he raps, he cuts up a groove like he’s making a ham sandwich – rarely is there a talent quite as versatile as his, but he hasn’t gotten cocky. If anything, his new single “u n i” is an emotionally brooding rollercoaster that shows off how exposed this artist can allow himself to become if he’s trying to tell a certain story, and from my perspective, this might be the most powerful selection of verses he’s given us thus far.

When I first started listening to Dici, he sounded rather tense when he was at the mic, but only in a way that facilitated as much angst in his lyrics as possible. While I won’t say that he’s lost his edgy mojo, he’s more comfortable when he’s singing to the audience here than he has been previously. There’s something very relaxed about his attitude that is supremely attractive, and his lack of aggression suits the charged storytelling within the verses exquisitely (likely by his own design).

What hasn’t changed is his instrumental concepts – they’re as surreal as ever, this time taking shape as a guitar that delivers a lingering harmony above the beats just when we’re anticipating it to. This master mix is admittedly more streamlined than what I usually like to go for, but in the case of “u n i,” it works for what this player is trying to accomplish. Contrast is a catalyst for his captivating expression in this single, and that’s something his peers have been trying to do in rock, hip-hop, pop, and country the same over the past few years especially.

I always love when Dici gets adventurous in the studio, and “u n i” lives up to the buzz that it was already getting ahead of its official release. Between the video and the song, this is an artist who isn’t even hiding from the liberal aesthetic some have been shying away from in the name of minimalism lately; he’s making it a part of his signature brand, which on its own is rather bold when you think about it. Dici, above all else, isn’t trying to play like anyone except for himself in “u n i,” and considering just how many posers I run into as a music critic, I can’t help but confess that there’s something really refreshing about what this singer, songwriter, and highly gifted rapper is doing with his career.