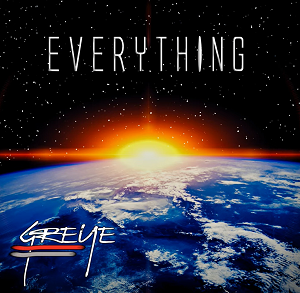 Daytona, Florida’s Greye doesn’t yet boast a long discography but “Everything” from their second album The Worrier will remain an enduring track in their catalog even if they record fifty albums. Songwriter and band guitarist Jett Wolfe originally penned and sang “Everything” in 2016, but the pandemic’s social and political carnage prompted the band to look back to a song now over five years old.

It is unusual for a band to revisit past releases, especially when more recent material has achieved notable success. Greye has enjoyed an extraordinary run for a band still brandishing indie status with a string of hit singles placing in the uppermost reaches of the World Indie, Euro, and Spotify Global Radio charts. The accompanying video for “I Don’t Mind”, from their upcoming new release So Far So Good garnered over 1.2 million views.

The song’s feelings of helplessness will ring true for countless people. Wolfe’s lyrics are deft depicting the reaction many have experienced since the dawn of COVID-19 as the virus has upended nearly every social norm. Its birth obviously came from a much different place, but it’s a testament to a great song’s elasticity. “Everything” doesn’t have one size fits all impact. It’s the sort of high-quality single capable of pressing different buttons for various listeners.

Blending acoustic and electric guitar is a template virtually as old as rock music itself. Greye, however, proves there’s still ample juice in this formula without ever wallowing in the overly familiar. Few, if any, will roll their eyes at what Greye accomplishes here. Singer Hannah Summer shows off considerable phrasing talents here, as she has during tracks before, but her imaginative re-envisioning of her original performance is notable as well.

Despite having a few albums under their belts, Greye comes across as a band fueled by decades of experience. The authority they bring to “Everything” never lands like a hammer; it’s much more akin to a series of skillful feints, jabs, and parries amounting to a formidable listening experience in total. The construction is even stronger than the preceding version of the song. Each part stands on its own as a compelling and entertaining work while still complementing one another to form a greater whole.