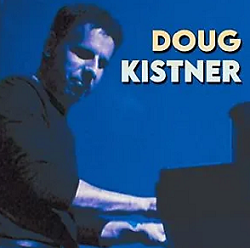 Doug Kistner should have been a household name by now. If you heard his music out on the street you’d think you were listening to a missing b-side from a band that you *think* you know, but in reality is a talent all his own. Let me not be mistaken in praising its familiarity as a way of saying it’s derivative. Yacht Rock by today’s standards is considered vintage or old school, but as someone who listens to a lot of Yacht Rock for personal enjoyment, this singles that Kistner has released “Only Road I Know” and “Since We Left Our Dreams” filled a void that’s been empty for some time.

Kistner has worked with some of the greats from Trans-Siberian Orchestra to Chicago’s Danny Seraphine and you don’t work alongside some legends without bringing your own unique talents and voice to the room. “Only Road” evokes a Billy Joel sound right out of the gate (no a surprise considering that Ex-Joel sax man Richie Cannata appears on the track) and as I said, it hits you like a wave of nostalgia for songs from the past, and for younger listeners more accustomed to today’s modern Pop sounds, it might be a little off-putting or sound like something your Dad listens to before he embarrasses you. To any young person reading this, I HEAVILY implore you to listen to these tracks and listen to music evocative of this style. It has a lasting influence over the music to this day and Kistner carves out his own identity masterfully.

The songs also go to a well that might be a little cliche considering that the perception of Yacht Rock is that it’s mellow and vibey and when it attempts to be heavier or more introspective might come across to some as “corny” but in these songs that are trying to replicate the sounds of the past, it makes sense that both songs in an almost meta-commentary are about looking back in some way, whether fondly or not. “Since We Left Our Dreams Behind” is probably more indicative of this thinking on a lyrical front and with every chorus spike when Kistner says “Seems like yesterday”, even that kind of old fashioned statement carries layers of looking backward on what led you to this life, and in a lot of ways you can feel the weight of Kistners own artistic journey.

On a production level, these tracks are just impeccable and as I said, you don’t work with the greats if you’re not gonna do everything properly and each key, each guitar, bass, drums, sax are worked to perfection and this is because Kistner has brought some truly exceptional talents on board as well. It’s a love letter to songs gone by that “Seems like yesterday” truly felt that they existed more prevalently. With only two singles already he’s left an incredible distinct mark and I hope we get a full album release very soon or at the very least a new single, because Kistner should be a household name by now.