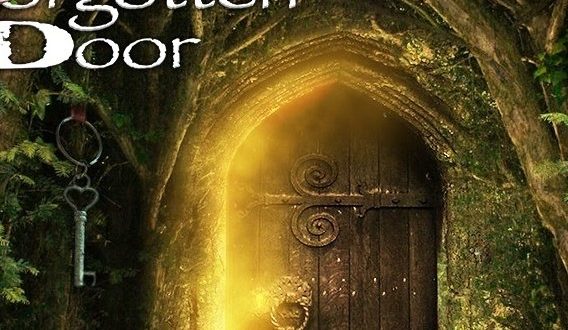 Forgotten Door has a large lineup, six performers in all, and brings a varied vocal approach to their songs. This approach recalls the band’s obvious influences from acts like Buckingham/Nicks era Fleetwood Mac, among others, but Forgotten Door are successful carving out their own niche in this tradition rather than indulging in mere imitation. Their self-titled release features six songs with different textures and moods, but uniform instrumental and vocal excellence distinguishes each one. Forgotten Door’s members are experienced musicians and the songwriting has a degree of polish reflecting their extensive experience. The Las Vegas based six piece are performing live often and drawing strong crowds in Vegas and the surrounding region, but this self-titled EP will extend their reach to a national and, possibly, global level thanks to its high quality.

The track “Masquerade” opens with an overwhelming blast of phased lead guitar before settling into a layered but relaxed groove. Vocalist Melody Ritz has sensitive delivery and artfully arranged backing and occasional harmony vocals add to the song’s atmospherics without ever overshadowing Ritz’s performance or the music. There is a subtle tempo shift with each chorus as the track’s pace picks up and the melodic flourish opening the track is recurrent, though rarely as pronounced as it is when the song begins.

“Puerto Penasco” features Johndale Stanley on vocals instead of Ritz and the contrast is notable, but never jarring. Stanley is a capable singer and has a confident, experienced tone that suits the arrangement quite nicely. This track is more brisk than its predecessor is and drummer Chad Sylva lays down an authoritative groove.

“Far Far Away”, the EP’s third cut, benefits from another excellent Sylva performance, this one particularly hard hitting, and the marriage of tasty rhythm guitar and Michael Seal’s biting lead gives this track teeth the opening two songs lacked. Michael Seal has a voice similar to Stanley, it’s obvious hearing him how the band first began as a duo act with the two men, and Melody Ritz provides some evocative supporting vocals throughout the performance. The lyrics possess a poetic touch without ever striking the listeners as histrionic or overwrought.

“Angie” slows the pace down and Lonnie Danley’s wah-wah guitar gives the performance a near-menacing tone. There’s a strong keyboard presence in this track, much more overt than previous efforts, but it meshes in well with the arrangement rather than sounding ill-fitting. The vocals are a little one note in their emotional range considering the lyrics and musical mood, but the addition of backing vocals helps some in this regard.

“Brand New Day” closes the release and has a much softer demeanor than the earlier tracks. Melody Ritz returns to lead vocals here and she’s ably backed once again by strong backing and harmony vocals reinforcing her contributions. The weaving of acoustic guitar and Lonnie Danley’s ear-catching lead lines has the sort of dramatic flavor you would expect from a finale and lyrics underline the same mood as well. This self-titled EP is a solid release from start to finish with Forgotten Door never coasting and always seeking to give listeners maximum bang for their buck.