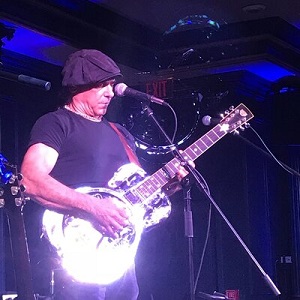 “From Me to You” (SINGLE) by Mark Newman

In his new single, a cover of Janis Ian’s “From Me to You,” Mark Newman dives surprisingly deep into previously unexplored layers of his own artistry through the lens of a classic songstress. The results of this experiment? Some of the more relevant and pointedly self-aware melodic statements I’ve heard from an independent artist in a while. “From Me to You” doesn’t particularly challenge Newman’s skillset, granted, but I don’t think that was the point of recording this song. He’s downright poetic in his reconstruction of this cover, alluding to an emotional side I want to hear a lot more of in the future.

Mark Newman’s unconcealed relationship with the lyrics in this track, as he delivers them to us rather tenderly, is telling of his depth as a songwriter. While some might be wondering how this is visible in the midst of a cover song, I would argue that it wouldn’t have been as obvious in his own work; here, he has nothing righteous to hide behind, no originality to shelter him under the guise of multi-interpretation. This is Newman as raw as we’re ever going to get him in this capacity, and it’s exciting to say the least.

“From Me to You” hosts a terrific balance of instrumental and vocal prowess that is evident even in the most cursory of listening sessions, with no specific elements competing for our attention over the others. There’s an evenness to the harmony in the chorus that warms my heart every time I hear it, and not because of the synchronicity in play alone. Newman is completely connected with his music in this moment, and rather than trying to stand before it with something witty to say, he’s letting the same components giving us chills do all the talking for him.

Overall I’d have to say that the production quality here is rightly unfiltered and designed with the intention of capturing – and better reflecting – the mood of the performance as opposed to compensating for any of the typical drawbacks created in a recording studio as opposed to a live setting (where artists like this one tend to thrive). It seems to me that Mark Newman isn’t the type of man to let anything come between his artistry and the audience if he can help it, and though it’s apparently asking a lot most of the time, I’d love to see some of his contemporaries follow this lead in their own future output.

In short, Mark Newman delivers a really compelling look in this latest addition to his catalogue that undeniably lives up to the hype and requires multiple listens right out of the box. “From Me to You” is a boundless cover that removes us from present circumstances only to take us into the heart and mind of a singer/songwriter at his most exposed to date, and while it’s not the only piece in his discography I’d recommend examining, this is a standard-setting release if I’ve ever heard one before.