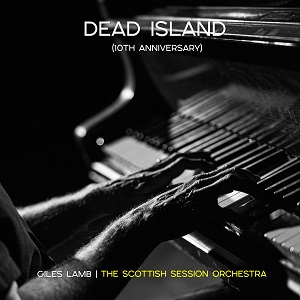 When it comes to iconic pieces of music in video games, there are a few selections most would jump to from the start: the Halo chant, Mario’s various themes, “Dovahkiin” from Skyrim. There’s a piece of music in particular that most might not keep at the ready in case of a quick draw scenario, a piece of video game music that affected an entire generation of gamers. Giles Lamb’s deeply affecting theme for the Dead Island trailer remains one of my most memorable moments as a music-obsessed gamer, and his theme remained a constant in my rotation even after the hype of the game it spawned from died down. There’s something to that inimitable melancholy that permeates the track from start to finish, something that keeps me and others returning over a decade later, and Lamb seems more than aware of his standing in the gaming community as he returns to the piece once again ten years later.

Returning to the Dead Island theme feels like a logical next step for Lamb, even though his work has gone as far in the opposite direction of video games as CNN and the BBC, as well as various television series. Yes, even with Golden Lions and BAFTAs in his arsenal, there was still no denying the lasting power this single composition had with Lamb’s fans and with his overall legacy. The new tenth-anniversary video was released to accompany the celebration of the song’s longevity, and it focuses on Lamb and his orchestra placing the instrumental hit in a new light far from the devastating visuals that originally accompanied the piece in 2011.

No, you’ll find zero zombies here as Lamb and his crew chooses to smartly focus entirely on the craft of performing a song as layered and detailed as the Dead Island theme without resorting to easy visual accompaniment. The three-minute video contains footage of the orchestra performing the hit in a somber headspace, and the editing utilizes footage of every instrument smartly as it pulls back the curtain on what goes into a piece of a video game’s score and soundtrack.

Giles Lamb’s music more than speaks for itself and this new iteration and release of the Dead Island theme works as a way to fully separate the music from the horror franchise, giving the composition a new life under a new presentation. Listening to the song in light of the video’s release allows listeners to project their imagination onto the track, and there’s always the possibility that the original video’s depressing subject matter could grow too heavy for listeners over time — this new release of the track is here to work as a remedy to such situations.

Continuing to last as one of the most iconic pieces of video game scoring in the generation of new consoles and endless franchises is already impressive, but doubling down on the song by releasing a new video unrelated to the original trailer that it went viral for? That takes guts. Thankfully, Dead Island has plenty of guts… and brains, hearts, limbs, etc, and so does Giles Lamb.