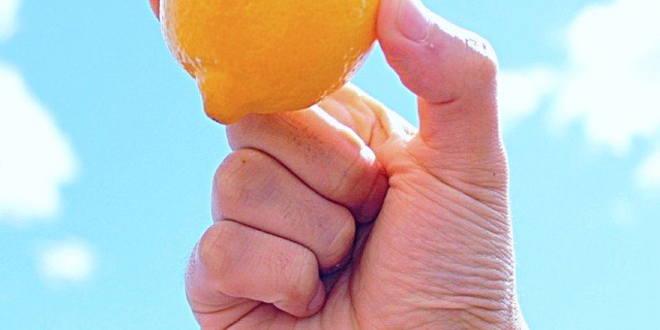 In his debut single, the cosmopolitan “Lemon,” Hewas establishes himself as a melody-focused singer and songwriter above all else. Mixing together a bit of old school pop aesthetics with contemporary muscularity with regards to instrumentation, Hewas unleashes a powerful cocktail of urban rhythm and rhyme that could make any casual listener into a genuine fan. There’s not a lot of harmonic girth to this track, but truth be told, the lead vocal here doesn’t really allow for any. Simply put, once you’ve pressed play on “Lemon,” it’s hard to focus on anything other than the exotic crooning of its lead singer who, surprisingly enough, has never been in the recording studio prior to this brand new effort.

There’s a lot of R&B to the beats in this single, but I wouldn’t say that the song qualifies as an urban pop crossover piece. The bass-heavy synth tones in the midsection of “Lemon” give it a crisp, summery vibe that could make any bonfire party all the sexier. Melding together the jagged percussive parts with the textured melody comprising the backdrop at the start of the song definitely wasn’t an easy task, but somehow Hewas makes it sound all too seamless – mostly because of his approach to the vocal. His voice is the sonic superglue holding everything together here, and by employing organic features instead of pure artificiality, he sets himself apart from a disturbing trend in synth and indie pop today. I like the direction of this debut, and I think it’s going to sit particularly well with the underground audience it was crafted for.

The singing in the chorus is very sugary, but by no means would I describe it as being saccharine in style at all; on the contrary, I think it complements the synthetic tones in the song quite well. There’s been a lot of auto-tuned, processed pop making its way into the international headlines as of late, but despite the many facets “Lemon” has in common with its mainstream counterparts, it’s essentially devoid of the overproduced finish that has plagued many of the genre’s chart-toppers in 2020. I wouldn’t describe any portion of this single as being overly polished in any way, which is definitely a lot more than I can say for some of the major label content I’ve reviewed this month.

If you like smart indie pop from a credible young source, picking up “Lemon” should be a no-brainer this May. Hewas has a couple of rough edges that still need to be sanded down if his ultimate goal is transitioning from the underground to the mainstream side of the dial, but as far as rookie releases go, his is absolutely one of the most well-rounded and mature that I’ve had the pleasure of listening to in the past few weeks. 2020 still has the better chunk of a calendar to get through, but unless his contemporaries are able to break off something as passionate and inspired as “Lemon,” Hewas has a real shot at winning the ROTY award in my book.