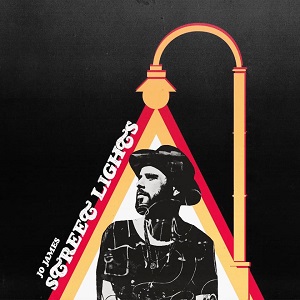 Austin, Texas based singer-songwriter Jo James is back today with the release of his new song, ‘Street Lights.’ This new song is a harmonious mix of Jo’s musical style. Influenced by R&B, Soul, and Blues, Jo James captures a feeling of serenity through his powerful song writing and smooth vocals in ‘Street Lights’ The stunning instrumentation complements his vocals by adding a dynamic layer to the already sonically impressive song, taking listeners on a journey from beginning to end.

Austin, Texas’ Jo James is a singer/songwriter and multi-instrumentalist who has experienced a great deal of success in a short amount of time. Marrying several genres such as funk, blues, R&B, and neo-soul into a singular package is impressive enough. Infusing this synthesis, however, with a strong songwriting touch elevates the track. The smooth style of this new single and his past work may not appeal to all listeners, some may hear it as affected, but others will flock to the mood he creates. It has a signature quality distinguishing him from many contemporaries and peers; even if Jo James and his music shares a common frame of reference with others, you know it’s unmistakably him early on.

He’s far from an unknown commodity. James appeared during Season 17 of the long-running network “talent show” The Voice and earned considered praise for judges Blake Shelton and John Legend. He’s a popular fixture on the Austin live scene and, with the long awaited return of concerts, James’ slate of live appearances is filling fast. “Street Lights” will, unquestionably, prove to be a potent live cut with minimal re-arranging for the stage.

The lockstep movement of keyboards and guitar through the song’s progression is a great strength. It is an intensely musical partnership, provides a solid foundation for James to sing over, and has remarkable clarity. The song’s production values are near-peerless. James reaches for smooth grooves in this performance and the mixing, engineering, and production invests it with the right amount of warmth.

Cool confidence radiates from this performance. There are jazzy influences present, as well – particularly near the song’s midway point when piano is much more pronounced. “Street Lights” adopts a more exploratory spirit during these passages than elsewhere during the song, but the track never ventures far away from its central groove. It is a song with a coherent mood and sound.

The track isn’t lengthy. James has a veteran sense of exactly when things should end, how far to stretch things out, and never overstays his welcome with listeners. Those instincts are unusual even in longtime performers but, and it’s a hallmark of five star singers, he makes “Street Lights” sound effortless. You can hear the true joy he experiences making music. It isn’t overwrought and he clearly wants to share it with any willing listener.

It’s a powerful antidote to the madness we’ve experienced over the last year plus. James sounds like he emerged unscathed from the tumult, triumphant, and as strong as ever. It is likely an illusion, but it’s a wonderfully inviting illusion, if so. “Street Lights” is rife with the feel of rainy late Friday nights, inescapable memories, and surprising vulnerability. It’s the latest single from one of the most promising talents of his generation; Jo James’ skills are much more than merely crowd-pleasing. He possesses transformative talents far from their peak and, for newcomers, following him from this point forward will prove quite a journey. “Street Lights” invites you to tag along for the ride.