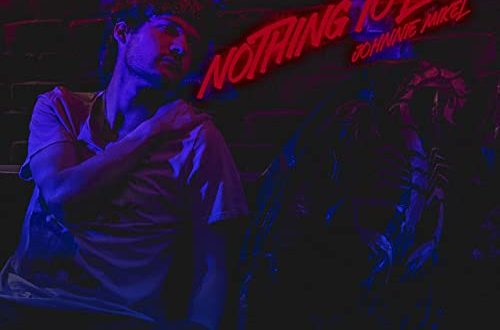 2020 has been producing some incredible pop gems across the board, and to understand what I mean, all you need to do is check out some of the new grooves artists like Johnnie Mikel are putting out this June. In Mikel’s latest release, the poppy “Nothing to Lose,” he steps aside from the conventions of a contemporary alternative movement in favor of paying homage to the classic pop framework that gave birth to most of our favorite tracks to see widespread release in the last two decades. This isn’t to say that he’s somehow selling out his individuality in the name of joining the mainstream; on the contrary, I think Mikel is emancipating himself from the indie trend-lovers of his generation with a bit of extra gusto here.

The harmonies in “Nothing to Lose” feel intentionally uneven and occasionally vocal-centric in all the right ways, lending a bit of authenticity to the lyrical narrative whilst also reinforcing the agency the song’s protagonist was already boasting. Poetic substance in a track like this one doesn’t always have to be sourced from the tonal expressiveness of the singer – as I see it, by making the related components of the harmony key influencers over the direction of the verses, Mikel is maximizing his connection with the audience without creating an overbearing affect in his delivery. It’s a complicated way of winning over new fans, but in this day and age, you’ve got to give him some credit for originality above and beyond what we actually need in a new pop song.

Instrumentally speaking, this is quite the sterling release for Johnnie Mikel, but nothing beats the warmth of his lead vocal. From the moment that we first make contact with its linguistic lashings at the start of the song to the moment that it literally disappears behind the haze of melodicism in the background, Mikel’s voice is always the most provocative element for us to behold here. Emboldened by the color in the instrumental fabric but never removed from the even pattern of the percussion it rides so delicately, the singing in “Nothing to Lose” alone makes this single a required listen for anyone who keeps up with the American pop underground this summer, and really all who enjoy a homerun harmony every now and again.

Those who haven’t heard his work prior to now need to go out of their way to hear what Johnnie Mikel is putting together for fans this June in “Nothing to Lose,” mostly just to find out what they’ve been missing out on this whole time. Mikel doesn’t waste our time with any of the commercial inefficiencies that would just as soon be the cornerstone of a mainstream pop recording this season; he wants us to get grooving and relate to the emotion he’s putting on the line in this track, and he’ll do just about anything he has to (from within the our walls of a recording studio) to make his dreams a reality. I admire his moxie, and I think you will as well.