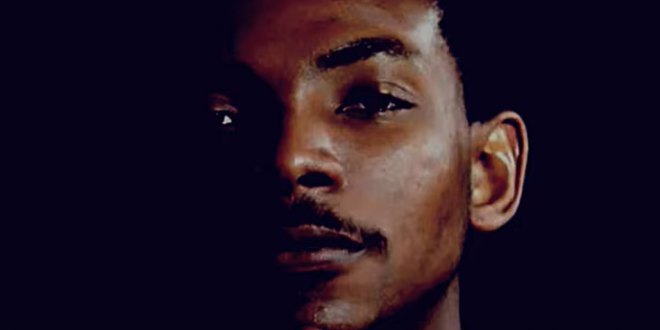 Churning in a vortex of seduction, the beat in JTK’s new single “No Be Mouth (feat. Tunji)” grabs listeners from the get-go and doesn’t release us until the song has come to an end. Perhaps even more powerful than JTK’s swarthy vocal in a couple of spots, the rhythm in “No Be Mouth” has all the right components to push us to the edge of our seats inside of the first sixty seconds here, and it rightly uses its powers to do just that – in half the time, mind you. There’s a lot of talk about the future of hip-hop right now, both positive and negative, but listening to an artist like this is definitely a confidence-booster to what the 2020’s could potentially have in store for fans worldwide.

JTK’s vocal swells alongside the bassline as we get into the chorus of “No Be Mouth,” creating a lot of anxiety as we bear down on the refrain just moments later. In this respect, he’s got the mental aspect of songwriting down better than most any of the other upstart rappers I’ve been following this June have. He knows that to produce excitement on the backend of the song, he has to get savage on the instrumentation leading into the hook (which is something I’d definitely like to hear more of in the mainstream come this autumn).

Where some rappers hide behind a wall of noise rendered harmonious by a strong bass/drum element, the opposite is true of JTK in “No Be Mouth.” Whether he’s at the helm of Tunji is leading the way behind the mix, there’s always clarity to every word being thrown in our direction. There are mild enigmas in this pair’s poetry, but make no mistake about it – they’re not toying with the same mundane metaphors a lot of commercially-bankrolled players are right now.

It could be fun to hear a club remix of “No Be Mouth” sometime, mostly just to experience the flexibility of this composition in an even more surreal setting. A versatile construction can make or break a track in this genre of music, and I think JTK was very wise to make his new single as anti-rigid in design as possible. This is a new era for hip-hop, and if you’re going to make it to the top of the heap, you have to be a lot more flexible than this artist’s forerunners would have been able to be.

If you like indie hip-hop, you really can’t go wrong with what JTK has locked and loaded in the brand new single “No Be Mouth.” Though complex and poetic in a way that some would eagerly describe as alternative, I don’t know how I would define the strain of rap that this artist is engaging in here. JTK has his own sound, his own style that he’s trying to present to the fans here, and while I’m not able to put a term on it quite yet, that shouldn’t stop audiences from getting swept away by its originality this summer just the same.