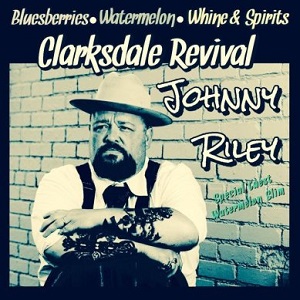 “Live At the Bluesberry Café” by Johnny Riley

There’s no understating how important a part guitars have played in the development of blues music, and in the new record Live At the Bluesberry Café, singer and songwriter Johnny Riley reminds us of how vital that part remains in the genre to this day. Though best described as an instrumentally multidimensional offering, Live At the Bluesberry Café boasts plenty of six-string love in “Live of Sorrow,” “Ain’t That a Shame (But That’s the Blues)” and “Me, The Blues, and Jack” worth writing home about this summer, and as bold a feature as this is, it’s far from the only attraction that makes this record a hit.

Johnny Riley unfurls poetry seamlessly in “Holler Pt. 1” and its counterpart “Holler Pt. 2,” as well as “Rollin’ and Tumblin’,” “Erase the Pages” and “Change,” and his confidence is always an element of consistency everywhere in this tracklist. Despite the moody narratives here (after all, this is a Texas blues album), his attitude remains pretty bright in songs like “There’s a Man Goin’ Round” and “She Don’t Call Me Baby Anymore,” and given the circumstances, I think he translates as being particularly swaggering in this live – but ultimately isolated – recording setup.

Instrumentally, Live At the Bluesberry Café is probably one of the most well-rounded blues LPs I’ve listened to in the last few years, but I don’t think it’s dependent on its big gun-grooves in making us feel embraced by the tone of the lyrics and melodies. Riley’s demeanor is what inevitably puts every song here a cut above the rest, and although I would have liked a little more electric content (simply because his style of play seems tailor-made for a heavier rock sound than he utilizes here), there isn’t a single thing I’d change about this material. In essence, the fluidity alone makes this required listening for blues enthusiasts.

The disciplined lack of virtuosity in both the string parts and the vocals in “Death Comes Creeping,” “There’s a Man Goin’ Round” and “Southern Born (Remix)” shows remarkable maturity in Johnny Riley, and it’s something I really think some of his peers could stand to learn from. He has every opportunity to showboat in Live At the Bluesberry Café, and yet he’s staying conservative in order to showcase all of the different intricacies in the music he and his band are constructing in real time for us.

Whether you’re a hardcore blues addict or a casual fan of the genre, this is exactly the kind of record that this summer needed to conclude on an upbeat note. Johnny Riley doesn’t try to be anything other than the Texas bluesman he was born to be in Live At the Bluesberry Café, and while he isn’t reinventing the wheel with this all-new release, he’s giving a lot of longtime blues buffs a new reason to check out the genre’s up and coming underground this season. I’m looking forward to hearing what comes from his camp next, but for now, this is a great introduction to his sound and aesthetic.