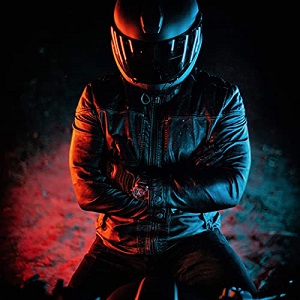 Marcello Vieira is electrifying. In his unique prose-like lyrics and churning rhythm section in the new single “Southern Outlaw” listeners might find themselves part of the cavalry chasing after this bandit. It’s a fun song with at times serious messaging, but by its end, it’s still the type of song to raise your beer bottle and rock the night away. Based in the United Kingdom, Vieira’s combustible rhythm really winds up the listener.

You get the sense nothing has come easy in life for Vieira, and even if it does, he can sometimes squeak by on his cleverness. That’s the vibe in the lyrics and in the overall elbow grease in his song. A bit brash, but nonetheless approachable and endearing in his own way, Vieira’s vocals suggest a hard-living, weathered vocality. Or it just means the guy has a lot of energy and has a character-filled voice. Either way, he can sing. Where being fast is the only golden rule, he sings. His voice is full of vigor, full of a life-lived. Still, there’s a tint of harmony. Ride hard till you get caught up, life pitched a strike, got my outs all stacked up, piled up, stacked up, yeah, he calls out. I loved the imagery he creates and the idea that life can weigh on us, it can try and defeat us.

Who hasn’t felt like they were down for the count? His voice and the relentless guitar keep you going and keep you looking forward in this song. The guitar has this amazing riff that almost, if you listen closely, is like a fighter hearing the bell ring, and gets back up every time. It has that kick starter happening. It’s a fight song. The unrelenting kick drum, mixed with some high hats also give this beast-like, animal-like hunt layering. He’s on the prowl, he’s moving.

He sings of troubles he’s amassed and how they have been foolish. I love that he infuses the wisdom he’s learned into the lyrics. A lot of indie bands and musicians are creating different sounds and at times avant-garde sonic expressways. I think Vieira stays put in his lane, but he’s learned that it works best for him. It’s no experimental or controversial. He really gives his listener a strong idea of who he is and that is really what works in music these days. People want real, they want genuine. This is the epitome of that. He may pull or draw from classic rock bands like Bon Jovi or Whitesnake, but Vieira is victorious being just himself. Fans looking for a release, a chance to tell their own lives’ soundtrack will find it here in “Southern Outlaw”.

As the song progresses, and you pear into Vieira’s online profile, it all starts to paint a clearer picture. This guy must not find any time to sleep. He’s constantly on the move with music demos (for several genres) and he’s a father, husband and real estate agent. His time is important to him, and by the sound of things, “Southern Outlaw” is time well-spent.

The music of Marcello Vieira has been heard all over the world in partnership with the radio plugging services offered by Musik and Film Radio Promotions Division.  Learn more https://musikandfilm.com