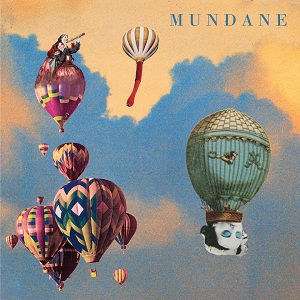 A slick synth music bed, and a voice of an angel – singer Mali is anything but boring in her new single “Mundane”. Mali, a Mumbai-based pop singer, draws from 80s and 90s influences, but uniquely champions her own sound. Her unconventional sound, perfect for success on a world stage, Mali’s inner voice is just as loud. You feel her emotions, the listener gets a solid sense of her authenticity. How can such a moving voice come from such a modest artist? She’s that talented. “Mundane” is from Mali’s album Caution To The Wind.

But time what does it mean to you, sings Mali. So many opportunities. While others could be twirling their thumbs, she’s putting her ‘down time’ to use. Inspired by her gap year, or the time between finishing her studies and taking on music full-time, what starts out as what you might think will be just another coffee-house or bedroom pop track, evolves into a creative sonic spell. The eclectic and groove coming from the synth is especially delightful. When meshed with Mali’s made-for-pop-stardom voice, the experience is blissful. She sings with the confidence of an evergreen singer, but has the freshness of a singer just starting out.  In her quest to communicate her emotional journey, not only does she instantly connect with the listener, she sings aloud the images we all have about trying to figure things out. I felt a sense of nurturing and basic humanity in her voice, fused with flowered curiosity.

What I have discovered about Mali and her song “Mundane” is that she is a pop singer that also straddles the line of electronica. Her press materials note that she’s been compared to singer Kate Bush, and I would have to agree with this assessment. I think Mali is exceptionally skilled at grabbing the listener’s attention with her scrumptious voice, but she’s also a true storyteller. She sounds like a friend sharing her thoughts, venting her troubles. The remarkable thing about “Mundane” is the sometimes quirky beat that bridges sounds of the 80s with modern tones. She assumes the role of a pop star and instead of being over-the-top she takes the song and settles into a space that is both emotive and evocative.

To come up with such a rousing music bed and to sing like she does – she’s proven she’s the exact opposite of mundane in the gem “Mundane”. The music bed changes, and evolves, all the while her voice continues to shine and blend her natural harmonies into the blinking lights and resonating rhythms in the song’s undercurrent. It’s a wonderful, whimsical ecosystem she’s manufactured for the listener’s benefit. To hear that voice of hers, well, it’s to find a new friend and not feel so alone. Is that mark of an outstanding artist? I think it is. So even if she thinks she’s had a mundane year, time to wander around in her own thoughts, think of the what ifs – Mali exhibits an artist with confidence and wide scope of imaginative sounds.

The music of Mali has been heard all over the world in partnership with the radio plugging services offered by Musik and Film Radio Promotions Division.  Learn more https://musikandfilm.com