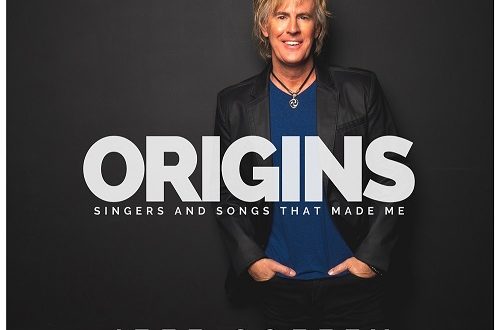 “Origins – Singers and Songs That Made Me” (LP) by Jeff Coffey

The rousing strut of “Fooled Around and Fell in Love.” The chiming guitars of “Maggie May.” The thrust of the piano in “Maybe I’m Amazed.” The chugging riff in “Ask the Lonely.” These are some of the most recognizable classic pop/rock tunes of the last century, and yet when they’re compiled together and presented to us by none other than Mr. Jeff Coffey, they sound as cool and crisp as they did in their originally released form.

Coffey is getting back to the basics of his musical roots in the new album Origins – Singers and Songs That Made Me, and while the record is entirely cover songs from beginning to end, it doesn’t ache with the same saccharine overtones that a lot of similarly-conceptualized offerings have in the past. “Who Wants to Live Forever” brings us into its melodic gaze like a hypnotist before a vulnerable pair of eyes where a fiery rendition of “This Is It” bludgeons us with its vibrant swing, but while this content wide-ranging, it’s all tied together by a sensuous voice in Jeff Coffey.

The vocal always carries the lion’s share of the weight in Origins, but this isn’t to say that this tracklist feels one-dimensional at any juncture of its running time – quite the opposite, in all honesty. In showing us just how many styles and approaches he can manage in a single disc, Coffey not only disrupts the establishment’s notion of fluidity in a cover pop record but, perhaps even more importantly, produces an album that doesn’t live within the mainstream model and still finds a way to embrace a mainstream sound. There’s a lot of oomph in the backend of “Back on My Feet Again,” “It’s Only Love (feat. Payton Taylor)” and “Baby It’s Tonight,” but the physicality only accentuates the performance of every player here, adding a realism to the mix that wouldn’t have been present otherwise. It’s not difficult to picture his having live concerts in mind when he decided to include the sizzling ballads “I Can’t Make You Love Me,” “New York Minute” and “When We Dance” to Origins, and to tell you the truth, I can’t wait to see him play all of these songs in-person soon.

Whether you’re an old fan of Coffey’s or a newcomer to his provocative and unique sound, there’s no denying that Origins – Singers and Songs That Made Me is an amazing listen. In tracks like “Waiting for a Girl Like You,” “Magic Power” and even the holiday classic “I’ll Be Home For Christmas,” this artist demonstrates a love of history and harmonies alike that, unfortunately, is mostly absent from the FM dial in 2020. There isn’t any commerciality for us to get past in this album, and few moments in which it feels like our leading man is trying to be anything other than himself.

Even in the scattered instances of hero-worship, this LP is an amazing introduction to the Jeff Coffey sound, and a fantastic addition to any mid-September pop/rock playlist.

User Rating: Be the first one !
Share
Previous “Are You Ready” (Single) by Justin Murta feat. Charlie Barrale and Ovylarock
Next “Punk Goes The Velvet” (EP) by Jupiter In Velvet