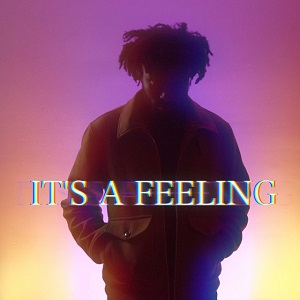 There’s been an endless barrage of new jack swing-revival coming out of the woodwork since the start of last year’s quarantine – ironically enough – but of the interesting tracks to have roots in this classic genre that I’ve listened to in 2021, RockLee’s “It’s a Feeling” is one of the only ballads I’ve really enjoyed. Not as dance-centric as some of its stylistic contemporaries are, “It’s a Feeling” is still very much on the retro end of the artistic pool, but what no matter what you brand its groove and the melody that straddles it, you want to hear this song before the summer is over.

This is probably the most straightforward beat RockLee has recorded so far, but considering the singers he has in the booth for this performance, it isn’t a complete shock to me at all. Mel Pacifico and Uness are such clandestine vocalists that it would make sense to have gone even louder with the drums than he did in this scenario; by giving us as much of a firm backdrop as the percussion can supply, both of these crooners are able to fill in the space between beats with as soft and lush a melodic presence as they see fit.

Pacifico’s voice is a little more delicate than Uness’ is, but it’s so profoundly well-adjusted to the backdrop that I cannot picture another singer performing her parts as well as she does. With RockLee setting up a groove as smooth as silk, she doesn’t have to be too virtuosic with her words to sound invested in the narrative, which can be half the battle when collaborating on something you didn’t write the lyrics for yourself. Everything comes off without a hitch in this single, and that’s mostly because of her strength as a singer and solo artist in general.

Uness is more nimble than necessary, but this is likely what makes his addition such a memorable one in this single. “It’s a Feeling” gets its hardest chills factor in the last sixty seconds of play, which is when his voice takes center stage for what is arguably the most versatile point of communication in the song. If this is what RockLee and Pacifico bring out in him, it can’t be the one occasion on which the three of them share the studio. Honestly, I could listen to a whole album made up of this kind of musical magic.

It’s officially starting to feel like a summer of R&B in 2021, and I think the reason for this starts and ends with the indie element players like RockLee are forcing out of the shadows and into the headlines right now. There are no commercial ties that bind him, Mel Pacifico, and Uness together – this is a relationship based on creativity and kinship with the music they’re playing for the world. Soul hasn’t got as many heroes these days as it really ought to have, but these are musicians who definitely care about the sanctity of the aesthetic and everyone who made it what it is today.