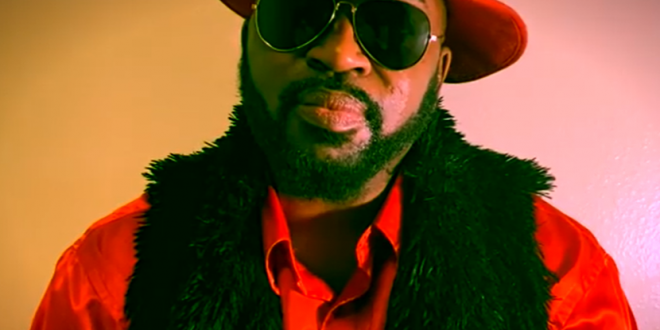 In the last year, Ronnue’s music has been unmissable if you follow the American underground in any capacity. His single “Be Your Freak” jumped to #1 on the Hip Hop Add’s chart for the NACC (along with #11 on NumberOneMusic, #15 on the EIN – European Indie Network – #48 on Digital Radio Tracker and #60 on the World Indie Chart). “Something About U (The Retro-Funk Mix),” one of the most heavily-discussed songs on his last album Introduction 2 Retro-Funk, didn’t debut on the charts in a slot lower than #11 (on Airplay Magazine’s list, along with #4 on the EIN and #2 on Digital Radio Tracker). From Indieshark’s Album of the Year Award to a downpour of extremely positive reviews from around the country, Ronnue was a steady headline-grabber in 2019, and with numbers as significant as the aforementioned are to back up his status, there should be no reason to think that 2020 isn’t going to be just as mightily successful for his brand. Like many of the classic Northwest indie artists to come before him, this is a songwriter who isn’t playing by anyone’s rules but his own, which is a whole lot more than most, if not all, of his commercially-bankrolled peers can say.

One of the most important components of Ronnue’s sound is his organically inspired passion, an element that he takes from his city and his personal life in equal doses, and which can be found in every track he’s recorded thus far. Going as far back as his 30-minute collection of mixes for the Assassin single, released all the way back in 2017, his music has been consistently non-reliant on the types of tactics that most pop artists would depend on when making a go at the Billboard charts. In Introduction 2 Retro-Funk’s deep tracks, like the Figuz collaboration “Why” and “Do It (The Remix (feat. Soultry),” there’s a constant sense of urgency in Ronnue’s execution that makes us feel everything that he’s feeling. At times he’s surreally poetic (“Something About U (The Retro-Funk Mix)”), others he’s less enigmatic (“Be Your Freak”), evocatively harmonic (“If We Stayed 2gether”) and ambitiously blunt (“You Tried Me (The Man’s Anthem)”), but never is he arrogantly unlikable, sarcastically brutish or negatively unapproachable. His heart is on his sleeve more often than it isn’t, whether in-person or in the studio, and even when he’s clearly touching on intimate subject matter with his art, he’s never afraid to have some humility in his verses and the melodies that make them so memorable. Rhythm and soul are very much the bread and butter of his sound, and beneath his attention to detail lies a raw artistry that requires a heck of a lot more than just slick lyrics to truly get its narrative across us to us.

A vibrant vocalist with a lyrical wit that is second to none in today’s game, Ronnue is trending nationally as Seattle’s #1 independent artist of 2019, and it’s not inconceivable to see his ascent to the international stage by the time that the year 2020 is over. With a strong grassroots support that stretches from West Seattle to Capitol Hill and Buckhead to East Atlanta, his music is gaining ground on a lot of the streamlined R&B, pop and crossover melodic hip-hop that has become a source of discontent among younger audiences ready for something fresh and different, and as long as he keeps grinding as hard as he has in the last twelve months, these very audiences are going to be his and his alone to lose.

My advice to Ronnue? Hit the road. Hard. Refine your skills and play up your credibility as a singer in front of crowds both big and small as much as possible this year, which, as I’m sure most any of my professional counterparts would agree, will make a lot of fans very happy to say the least.