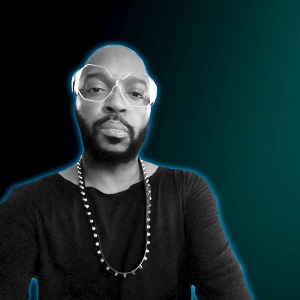 The newest single by the flamboyantly bombastic Ronnue, is simply titled, “Why.” The track also features Ronnue right from the onset doesn’t mince words, to say the least. The song simply asks the question of why some people seem overly preoccupied with the sex lives of others. Why/are you worried about/who we’re fuckin/if we’re not fuckin.

Ronnue goes for a funky backdrop, that is rhythmically solid, but slightly low in the mix. The track is pure energy, from the start. Some performers have a personality that leaps from the speakers, and that could easily describe, Ronnue. You feel as though he is in the very same room with you, as you listen to “Why.” He is inimitable, audacious, and voraciously outspoken.

The target of Ronnue’s ire, seems to be those who have expressed veiled and in some cases, not so veiled homophobia. “Why,” suggests there is still a subsect of those who aren’t as accepting of alternative lifestyles, so to speak. Ronnue knows that the reality of being gay is still discomforting to some, who may pretend that it isn’t. His exhaustion with the entire idea, is borderline nuclear, but he never forgets his sense of humor. You could say, that “Why” is something of an adult oriented, public service announcement.

Ronnue is obviously a big admirer of melodic Funk, but also likely considers him a paragon of expression. There’s also several still shots of certain public figures, who Ronnue seems to have a finger pointed at. The entire premise is satirical, but it’s effective in getting the message across. Those being judged, marginalized, and even condemned, are quite aware of their repressors.

It feels representative of another marginalized community, that being Hispanics. All of this may seem as though that Ronnue is on some sort of cultural witch hunt. Ultimately though, it’s safe to extrapolate that Ronnue is more interested in the truth than anything else. Thus, “Why,” has a sense of sincerity that can be overlooked due to its sensational nature.

Though, “Why,” may not be destined to become a hit song, it does provide significant social commentary. Ronnue is a star of a particular variety, and it would be wise to spotlight himself more in the future. The LGBTQ community is unique unto itself, in that its struggles for acceptance are different than that of any other. As much progress as has been made, there are certain obstacles that still lie ahead. Ronnue is hoisting his torch high into the burning sky, and he is asking the toughest question. The rebounding question is, who is qualified to answer it?