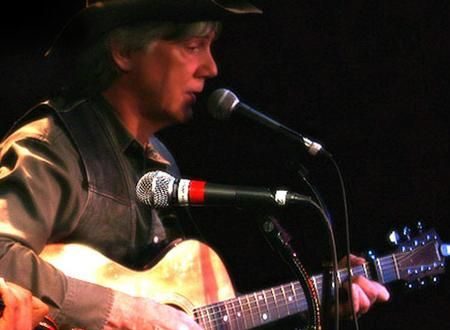 Rich with vitality and yet somewhat pained in the poetic emissions it offers, Jim Lord’s vocal is always the melodic center of any song he puts his name on, and this is especially true of his new singles “Helplessly I Fell” and “Little Star.” The title track of his latest album, “Little Star” is easily the more labored in spirit of the two, while “Helplessly I Fell” is brooding on levels that most singer/songwriters would only hope to reach. Both of these songs are must-listens for the longtime Jim Lord fan, and moreover, anyone who likes contemporary folk-rock at its most human.

I really love the simplicity of “Little Star,” and it definitely makes sense why Lord would choose for it to be the title cut of his new album. This isn’t to say that “Helplessly I Fell” is somehow lacking in artistic substance – nothing could be further from the truth – so much as it’s meant to acknowledge just how potently emotional the former is (and in comparison to the latter, that’s certainly no small statement to make). Harmonies are rarely composition-defining in today’s highly minimalistic culture, but when it comes to the work of this singer/songwriter, they’re the focus of most every emotive emission.

“Helplessly I Fell” is a bit more rebellious than its counterpart is from a stylistic perspective, but I wouldn’t go so far as to say that it’s somehow more rock-oriented than “Little Star” is. Both of these tracks are folk ballads through and through; what gives them a bit of pop/rock flavor is merely the delivery they’re afforded by Jim Lord. He puts such a unique stamp on these two singles that it’s hard to imagine their being as impactful were they performed by anyone other than the man who composed them to begin with.

The contrast between these tracks illustrates one fact above all others – Jim Lord has one heck of a diverse sonic profile. Whether he’s slowly unfurling a melody or churning through a somewhat bright and familiar harmony, he exudes a lot of swagger in his execution, never alluding to any hesitation on his end whatsoever. His confidence bleeds into his work marvelously, and there’s never any doubts as to whether or not he can match the ambitiousness of the material he records. He’s got a winning formula, and with any luck, he won’t change it a bit as the years go by.

Jim Lord scores yet another grand slam with the release of “Helplessly I Fell” and “Little Star” this year, and if you haven’t already, I would give both of these cuts – as well as their parent album – a close listen this June. Folk-rock is experiencing an interesting revival in the American underground right now, and if this caliber of work is something that we can come to expect out of Lord’s scene in general, it’s going to be a very good summer for folkies like myself. All in all, I highly recommend checking these out on the next possible occasion.

The music of JIM LORD has been heard all over the world in partnership with the radio plugging services offered by Musik and Film Radio Promotions Division.  Learn more https://musikandfilm.com