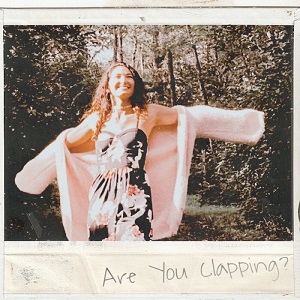 Taydem Shoesmith “Are You Clapping?” (SINGLE)

A strong harmony is often at the foundation of a great pop song, and though it’s up for debate whether or not the new single from Taydem Shoesmith, “Are You Clapping?,” is as legendary as some of its predecessors (and clear forerunners) in the pop genre have been, there’s denying the harmonic underpinning that gives the song its luster. We begin with a minimalist introduction that quickly gives way to a clubby beat, but despite the apparent fire starting to smolder beneath the rhythm, Shoesmith is peacefully, if not downright ploddingly, cutting through the verses with an ease that is hardly standard among young pop singers.

As we get deeper into “Are You Clapping?,” there isn’t a lot of bass seeping its way into the vocal’s place in the mix, as well as the drums’, and while this isn’t something that I would have gone with had I been behind the soundboard for these sessions, it plays an important part in making the melody in this track as moody as it irrefutably is. The bassline is a source of entrancing hypnosis, and for better or worse, it adds to the moderate physicality of a song that could never be classified as sonically oversized.

The percussion here doesn’t have a blistering nightclub edge to it, but it still suggests that Shoesmith could handle much bigger beats in the future without having to alter the vocal style that she favors in “Are You Clapping?.” There’s an evenness to her delivery and her verses, and whether she was intending to do as much or not, she increases the tension in the sway of the drums by staying about a half-step ahead of the melodic instrumentation. Aesthetical contradictions are a rage I don’t want to see going away anytime soon, and through the continued work of artists like this one, they’re going to keep making pop music more enthralling throughout the 2020s.

There aren’t very many indie players adopting the cerebral approach to both grooves and harmony that Shoesmith is in this track, but I think that her contemporaries – especially in the mainstream market – could stand to learn something from the way she composed this release. Overthinking simple melodies and the poetry that best suits them is a common problem among pop musicians, but that’s exactly what she isn’t doing here; the dreaminess in the music is the result of letting all the colors on the canvas run together rather than painstakingly arranging her sound to purposely sound postmodern.

She’s got a long way to go before she’ll be able to lay claim to the major label status her competition is seeing right now, but “Are You Clapping?” is giving Taydem Shoesmith just the start she needs in her quest to reach the pinnacle of pop music success. This artist has all the tools she needs to do something amazing right now, and it’s only a matter of putting them to use in ways that will make her material as flamboyant and enchanting as it can be.