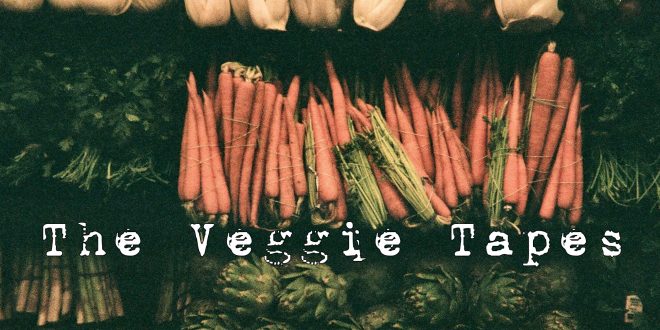 This hasn’t been the best or most intriguing year for rock bands on the indie or established level, but New York’s The Danbees have never been one to follow a trend. In their new EP The Veggie Tapes, the Empire State four piece comes undone beneath the gravity of overzealously amplified power chords, lively drumming and basslines that swing like a wrecking ball through anything that gets in their path. The Danbees haven’t changed a whole lot since their debut album Fishnets Anonymous, but their dedication to making purist alternative rock has only gotten more intense. This EP represents their graduation from indie rock sensations to full-fledged recording pros, and though it’s a little rough around the edges it’s still a multidimensional look at one of the east coast’s more interesting up and coming bands.

Fishnets Anonymous in a lot of ways sounded like a blueprint for The Danbees’ sonic profile, and in that sense The Veggie Tapes is everything that their core fan base would want in a successor. “Going Down” and “Here I Am With My Back on the Wall” sound like Danbees songs instead of just plain alternative rock songs, and anyone who studied their debut album closely will recognize the gilded nuances that have now become a part of their signature sound. Mixing engineer Sam Enright, who also plays bass on the record, did a phenomenal job ironing out the band’s more angular rhythms into sharply tuned stabs at melody, and I would even say that comparing them to other bands of their age group seems a little silly at this point.

“Here I Am With My Back on the Wall” really captured my attention the first time that I listened to The Veggie Tapes, even with the singles “Down at the Bar” and “Can’t Sleep” making such a huge impression earlier on in the EP. “Wall” has a modulating tempo that arrives riddled with swagger and ready to make a statement with its ferocious lead guitar, commanded by the adept Shane Matthews. Matthews turns in some of his best work on this record, but rather than centering all of the attention around his searing solos Enright was wise to spread the mix out and allow us to hear the full force of the band’s harmonizing in all of its high definition splendor.

They have a lot of old school rock n’ roll energy in their sound, but anyone who tries to say that The Danbees aren’t becoming a force to be reckoned in their own right needs to hear what they’ve done on The Veggie Tapes. Don’t get me wrong – I hardly think that this New York crew’s journey is over, in fact quite the contrary. Now that they’ve figured out what their identity is, the next part of the process will involve them shaping it into the wild animal that it can be. Based on what I’m hearing in this release I think they’re well on their way, and I’m confident that by the time the 2020s come around they’ll be ready to achieve exactly what they set out to do in the studio regardless of how ambitious the project is.

User Rating: Be the first one !
Share
Previous Project Grand Slam release “Tree Of Life (Dedicated To The Victims)”
Next Robert “Freightrain” Parker Outside Ourselves (LP)