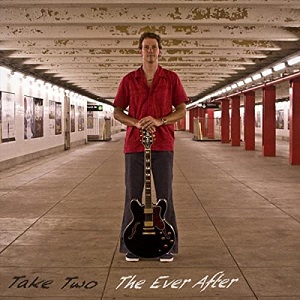 The Ever After “Take Two” (EP)

With a groove that is arguably as ghostly as its main vocal harmony will become, “Unity” feels translucent and invasive at the same time, largely because of how haunting its componentry is. In this first song on The Ever After’s Take Two EP, we enter a thick cloud of melodic instrumentation and almost drone-like vocals that were seemingly tailor-made to whisk us away to a dream world. There’s a sleepiness to the guitar despite its urgent, rather meandering rhythm, and when matched up beside the soft percussion and bassline in the background, we get something caught between the psychedelia of the Bunnymen and the straightforwardness of Dylan. It’s provocative and meaningful, but only just a taste of what’s to follow in the next three songs.

“It’s All Right,” the second composition in the tracklist, has the clandestine sway of a love song and the lyrical irony of something much more self-aware, and depending on how you look at it, this single-worthy track might be the most compelling piece in The Ever After’s present discography. Duality is a profound theme in Take Two, as the title of the record would suggest, but it’s never realized in a manner that leaves the audience feeling disengaged with the artistic process. Simply put, it’s like watching an album deconstruct and reassemble before us in a condensed, more stirring form than we would have known it in beforehand. This EP has an old soul, but its statements are objective and relevant to the here and now.

“This River” is the most abstract in production quality and stylization, but its playful guitar parts had me cranking the volume knob the first time I sat down with Take Two. The words penetrate a consistent pitter-patter of the percussion with a forcefulness akin to that of an angry drunk’s swinging arms at last call, but the chaotic relationship between lyrics and music in this track makes it so much more enthralling than a plaintive pop song would have been. The same can be said for the straight-up retro “The Doll,” and as we enter the final minutes of the record, the fact that this band has been around as long as they have becomes less obvious. They’re starting anew here, and that’s quite clear even at a distance.

Take Two is a debatable upgrade for The Ever After as a group, but in its totality, I think it represents a commentary on contemporary alternative rock more than it does a self-analysis of the creators. While every other act in the Montreal scene has been taking the introspective concepts of old school American singer/songwriters and incorporated avant-pop themes from the ground up, this is a band that seems more interested in looking outward than in right now, and the way they present this material confirms as much for me. The Ever After’s Take Two is as much a second stab at creative catharsis as it would be a welcomed new look from a familiar face, and at any rate, it’s an EP I don’t recommend skipping this July.