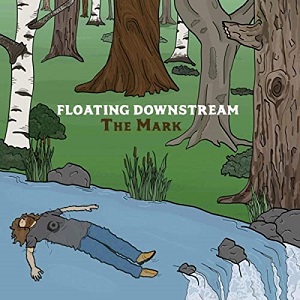 There’s an exciting unorthodox energy that permeates on “Louisiana Voodoo”, the single by The Mark (real name Mark Shravan) which features Tony Joe White. Schraven, a Dutch singer/songwriter has certainly been busy over the years, and between touring Europe, the US, and The Netherlands he now finds himself teamed up with the aide of the John Fogerty band, Richie Furay (of Rock and Roll Hall of Fame acclaim) and Grammy-winning producer Darcy Proper.

The result of this assortment of talent is present in “Lousiana Voodoo” which is a lot of uncertain terms that can either be read as falling under the spell of someone you want, or someone who wants you, for better or worse. There’s a fair share of ambiguity in the songwriting, helped by the fact that Schraven really knows how to craft some evocative imagery alongside some very memorable hooks, this track is no exception. Schraven has gone on record saying that in his past as a songwriter, he’s written many somber songs, but is not trying to balance out with more uplifting if not slightly tongue-in-cheek morbid undertones in his work, and this is a prime example. With the sways into the minor key segments on the track, it can certainly sound almost like a warning with the way he utters the phrase “Dangerous games” like an echo-y warning. Production-wise, it’s a very straightforward affair.

An assortment of electric and semi-acoustic sounding strings with a stable percussion that definitely centers the work. It’s not a flashy piece of work, and I think that lends itself well to the slightly subversive nature of how seemingly dark teasing the lyrics and sound are but have these bright pockets of excitability. It’s a very relatable song that comes from a genuine place, there’s no doubt about that. I wish there were a few more stylistic flairs to the track, it can be a little rigid in its structure and I think in parts it can be a disservice to Schraven’s incredibly catchy and hyper expressionistic lyrics, but maybe it’s better that it allows us to truly focus on the power of his vocals. The sound itself is also enjoyably difficult to pin down as one thing, which I always enjoy since the dismantling of arbitrary genres I think is much needed in a current world where music is evolving faster than we can keep up with. It has this distinct old-school feel with the instrumentation, but the production and mixing are very contemporary and incredibly well handled. It has shades of almost country/bluegrass influences, but also feels kind of indebted to old-school pop music.

Schraven is an unabashed Elvis fan, and you can certainly hear shades of it in the structure and even little vocal flourishes that Schraven performs with, but it never feels like it’s a song that’s a slave to what Schraven likes as a fan. Incredible distinct and a welcome reprise from the out and out doom and gloom music that’s so popular now, it’s a spell of a song to be easily transfixed by.