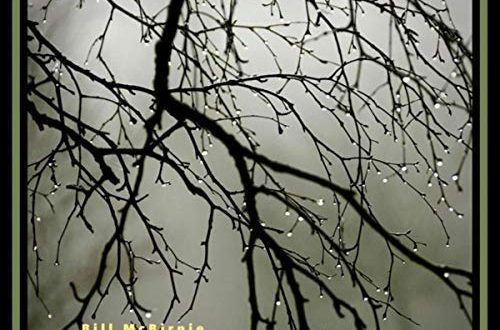 The results are in; The Silent Wish – Bill McBirnie with Bernie Senensky is being called the most important jazz flute record of the late 2010s, and it only takes a casual listen of its twelve sterling songs to see why critics from Toronto to London can’t stop talking about this collaborative juggernaut of an album. Starting off with the Latin swing of “Reflection,” The Silent Wish doesn’t hesitate to grab us by the collar from inception and carry us down a river of sublime jazz surrealism. “Black Orpheus / Morning of the Carnival” introduces a taste of slow bossa nova before clearing a path for “Saber Cair / Knowing How to Fall,” a medley that rivals some of the greatest avant-garde jazz tracks of all time.

McBirnie and Senensky relax the mood again in “Cabana Boy,” a fragile bossa nova that dances around obvious cues without giving into the carnal temptation to visit where others have already explored. We speed up for the swinging “My Heart Belongs to Daddy” and can’t help but feel the urge to shake a leg to the incredulous beat that is reminiscent of midcentury American jazz. “First Song (for Ruth)” is the most moving track on the album and shows McBirnie and Senensky at their most emotionally charged and vulnerable, but it’s far from a naked song. There’s more vivid imagery in the opening bars of “First Song” than there is in the entirety of this year’s Grammy compilation (and that’s not even slightly an exaggeration).

“Recado Bossa Nova” reignites some of the Latin influences we came in contact with earlier in The Silent Wish but with a pointedly more bossa nova-inspired rhythm. It’s a fair primer for the plodding samba of “Danca da Solidao,” which I found to be a nice connecting track between the large scale first act of the album and the more muted second. “No Moon At All” sways like a skinny tree in a windstorm, but it doesn’t get off its feet long enough for us to get confused by its carefully stenciled structure. I couldn’t believe how crisp and nimble this album was for its exceptionally long playing time; just goes to show you how time really can fly when you’re having fun.

“Away From Home” is the multifaceted dirge that pins everything together for The Silent Wish, but it isn’t as depressing of an affair as what some music enthusiasts would be anticipating in this portion of the album. It doesn’t stand a chance against the optimism of “Blue Bossa” nor the jaw dropping intensity of the closing ballad “What Are You Doing for the Rest of Your Life,” but I don’t think anyone other than Vince Guaraldi could have accomplished anything even close to similar. In summation, Bill McBirnie and Bernie Senensky have performed a minor miracle with their new album and I give it my full stamp of approval as a full-fledged swan song in the criminally underrated careers of both of these extremely talented musicians.