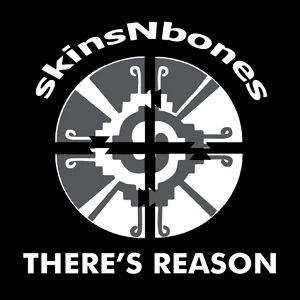 Rock music has found itself in an interesting place in the most recent years, mostly that what counts as contemporary rock? Since Pop and Rap dominate the charts, Rock tends to feel relegated to oldie stations and even then it tends to get the backhanded reputation of being “Dad Rock”. You know the stuff. Your ACDC’s, your Black Sabbath’s, the kind of sound your father who most likely has a pool table in the converted basement listens to.

Part of that in my personal opinion I think has to do with Rock no longer being the predominant voice of rebellion. Why? Because rebellion is very different now. Going even as far back as the Beattles, rock acts represented the angry voices of the youth who were tired of the conventions of the past generations. The stuffy silent generation, the easily aggravated baby boomers, and Rock grew to match those frustrations with the likes of glam, psychedelia and many many more. Now the rebellion is gone, moved to the path of the internet and less in music. Pop dominates the charts and its brand of escapism transports people away from their problems and soothes them, not so much riling them up. It’s also hard to find Rock that wants to get a little more expansive while also being introspective and that’s where Indie Rock band skinsNbones comes in.

Having formed in December 2019, the band’s thesis is to ask questions about social issues hence their kaleidoscopic usage of the question mark as the bands logo. The wish to remain contemporary in subject matter while having a foot in the past and its fully on display with their newest single “There’s Reason.” Acting as a spiritual sequel to their previous single this year “Is There Meaning,” “There’s Reason” is a more positive turn than the former release. Whereas “Is There Meaning” was a more nihilistic exploration of hopelessness and the confusion that surrounds finding certainty in a uncertain world, it’s a somewhat welcome inversion to hear “There’s Reason” actually take time to express “Yes, there’s meaning, but you have to do the work to find it on your own terms.” It often evokes imagery of adventure, a call to action one can assume must come from a place of newfound optimism, now that we’re at the end of this dumpster fire of a year, I’m not surprised they have a bit of newfound revitalization. The track is definitely enjoyable, although I must admit, it’s a slight step down from their previous darker single.

Part of it for me may be the tonal jump with the most recent release, and I feel there was just a bit more material to analyze especially with the bands aim to cover and connect to peoples recent feelings socially. The sound in “There’s Reason” is also a little more mellow and methodic, and I suspect that will sit well after the shaken nerves we’ve all experienced. It’s uncertain if Rock will ever command a mainstream audience the way it has in the past without just being relegated to a “niche” genre, but skinsNbones may be onto something here with their passionate sound and slick production.

The music of skinsNbones has been heard all over the world in partnership with the radio plugging services offered by Musik and Film Radio Promotions Division.  Learn more https://musikandfilm.com