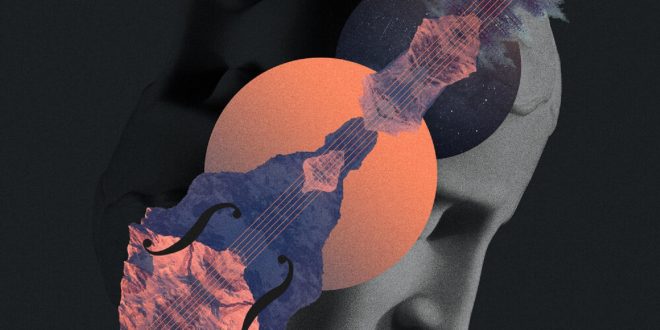 So often we hear of bands or artists who are at their rope’s end, the turning point in their career where they either let the dream go or push through the brick wall. One such artist that captures both the essence of not giving up and unrelenting to the pressures to being someone other than what he wants is Charleston’s Tyler Boone. An artist with the wherewithal and fortitude to vary his professional portfolio, Boone is also bourbon mogul and co-founder of artist services company, Artist Formula. What’s his formula for success in his new song, “Gettin’ High”? It’s all about the song.

Recently signed to Antifragile Music and making the move to Los Angeles, Boone has measured his steps all along the way since his first appearances in small clubs. He’s now been playing on airwaves throughout the country with previous releases like “Jealousy” on AAA and All Active Rock stations. “Make It Right” also hit the airwaves. He’s shared the stage with such greats as Sheryl Crow, Shinedown, The Revivalists, Robert Randolph and Will Hodge. To name a few.

“Gettin’ High” like a good drink, has a balanced mix of self-discovery and self-affirmation in its lyrical content. Boone doesn’t shy away from his so-called demons or short fallings. He sings “29 and I’m knocking on 30,” giving the listener an idea that he’s well aware that he feels the pressure to do something big. But in a nice turn of events, the listener gets swept up in his fast-paced life of signing a record deal and “bourbon sippin’” before the rock bed gives Boone an imaginary cape. The guitar work is strong, reverb bouncing against the keys/organ like a fire in a dumpster. The percussion, swift and always up-tempo, is not as raw, but high on cymbals. He’s not backing down, he’s not saying no.

The song is always high energy, a classic Mustang going from park to cruising pretty quickly. Boone’s voice gets revved up, but stays well within his vocal range and lane on the chorus “I won’t go down, shine a light on me, keep on reaching out, ‘cuz I’m gettin’ high.” Boone’s South Carolina roots are strong, the swell in his guitar (Boone is endorsed by the legendary Taylor Guitars) and the rhythms fall into a wall-of-sound painting a veil of rock into a modern Americana-roots-blues rock tone. It’s a bit of a woodsy sound having a symbiotic relationship with a confused metal guitar. It’s not quite The Black Crowes, but it’s in the vicinity of this and perhaps more in The Revivalists realm. The percussion? It’s all rock and roll, baby. The piano/organ is just icing on the cake and super smooth, adding an abundance of coloring to an already excellent outing. No backing down from this song or Tyler Boone, if “Gettin’ High” is your first listen to this artist, pull yourself up to the bar and have the bar tender leave the bottle. His song has the makings of a lasting career. Just remember to order Boone’s Bourbon.