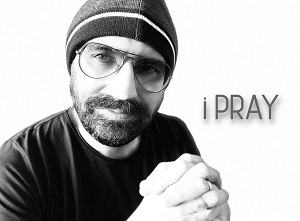 Vineet’s new single “I Pray” is a stirring showcase for the Indian-born vocalist’s prodigious talents. It is the first effort he’s released in the trap hip-hop vein but understated secondary strands are woven into the music’s tapestry. Discerning listeners will detect a smattering of soul and R&B alike in the way both the musical arrangement and Vineet’s singing develop. He takes a predominantly straight-forward approach during the track’s opening minutes but expands on it further as it progresses.

The music’s development matches the vocal arrangement. There is airy elegance present throughout the track’s second half and Vineet allowing space for the song to breathe. He wisely confines “I Pray” to a manageable length; there’s no self-indulgence marring this effort and his focus is obvious for the first time you hear the track. Vineet doesn’t have some major label sponsoring him or applying significant promotional muscle on his behalf, yet “I Pray” has polished production values that deepen its impact for listeners.

The lyrics are affecting without ever being overwrought. There is an obvious spiritual bent to this song, witness its title, but it isn’t religious. “I Pray” calls on a greater spirit of good fortune to cast its healing power over those in need. Vineet delivers his hopes with plain-spoken language and never strikes a false note during the track. His phrasing invests the song with an ethereal lift, particularly later in the cut, and culminates the song well.

His chosen musical backing is modern. There are few traditional instrumental sounds during “I Pray” but the reliance pays off for performer and listeners alike. It emits genuine warmth and has an emphatic heartbeat.  The transformations it undergoes during its second half never sound forced and the seamless transitions from one portion of the song to the next never fails Vineet.

Moving outside his wheelhouse with this single isn’t surprising from Vineet. He has, since first emerging on the global stage, consistently challenged himself and “I Pray” continues following that path. Despite tackling the trap hip hop style for the first time, Vineet fills each second of the song with unwavering confidence and has produced one of the year’s best singles – in any genre. His Indian background, as well, isn’t any sort of obstacle preventing “I Pray” from reaching the widest possible audience.

This is an artist who is part of the world. He doesn’t write and record songs in some far removed ivory tower, doesn’t wallow in fantasy, and instead writes and performs compositions connected to our everyday lives. “I Pray” will have widespread appeal. It will open new doors for Vineet, reaffirm his talents for existing fans, and attract many newcomers to his musical art. This is a single that seems tailor-made for making a global impact and benefits from Vineet pouring every ounce of soul into its final result. Its universality and melodic merits set it apart as well. The finishing measure, however, is always Vineet’s presence in the song – it is a riveting vocal performance you cannot turn away from.