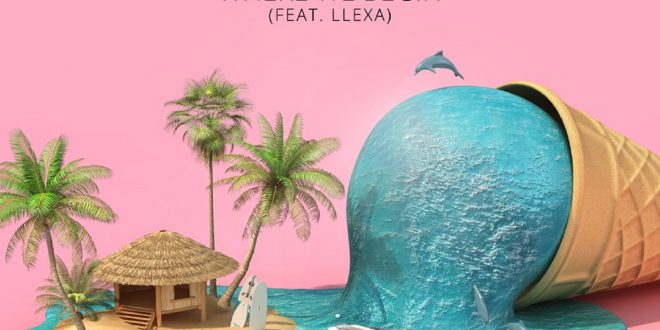 “Where We Begin (Radio Edit),” one of fourteen melodic mashups of the title track in Fenix & SM1LO’s Where We Begin LP, rises out of the silence so stealthily that you might miss its incredible entrance if you’re not listening closely enough, but what it delivers in the next three and a half minutes of play is hardly quiet and calm in style. Unlike “Fenix House Remix,” it isn’t rooted in the raucousness of experimental EDM; this is a smooth, poppy look at the collaborative sonic collage that these two artists, plus Llexa of course, form when they’re sharing the same creative space. Where We Begin is electronica for grown-ups, but if you’ve had a hankering for youthful club beats lately, you could do a lot worse than this gripping album and its star song.

“Fenix House Radio Edit” blends more hip-hop rhythm into its mixture of adrenaline and patiently arranged synths than its name implies it would, but it isn’t the only track that crosses more than one stylistic border here. Each of these mixes is a little different than the ones sitting beside them in the tracklist are, with few – SM1LO’s remix among them – including anything outside of the conventional list of EDM components. I think the fact that Fenix & SM1LO made such an enthralling set of songs in this record without having to incorporate a lot of eccentric elements speaks volumes about their shared knowledge of this genre, and more importantly, the depth of its experimental limitations.

“Where We Begin (Kali Remix)” doesn’t make a lot of sense as a closing track, but even with that said, it’s the most unquestionable mix to be studied in Where We Begin. Kali’s decidedly psychedelic approach to stylizing Llexa’s voice is unique and thoroughly imaginative, and it’s a shame that it’s the only time that we get to hear her work in action on this disc. I’d love to see her get behind the glass for another LP with Fenix & SM1LO in the future; if they can generate the same kind of chilling charisma together as they have in this awesome remix, then there’s nothing to suggest that they couldn’t maximize their abilities as a trio in further studio sessions as well.

Coming in at just under one hour in total length, Fenix & SM1LO’s Where We Begin is an involved listen that requires the full attention of its audience in order to be properly examined. There’s so many stripes to its dexterously comprised song structures, and even a few occasions (mostly in the instrumental “Dub” edits) where no one but the most loyal of EDM admirers will be able to decipher the deeper emotional narratives in the bruising beats and their similarly unforgiving basslines, but I wouldn’t call this a musician’s record exclusively. Electronic pop needed something more exciting than the humdrum standard that the mainstream has been producing lately, and in 2019, that something is coming to us in Where We Begin, and more specifically, the majestic assembly of audiological manipulations that it so proudly features.