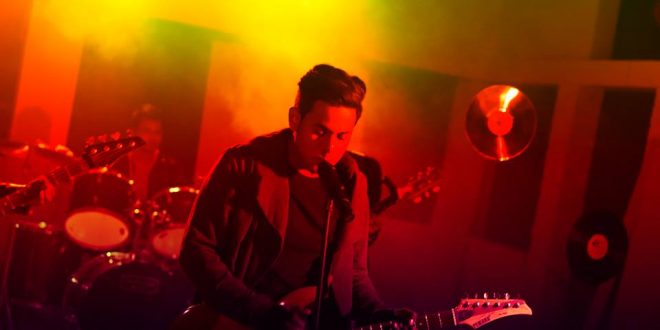 The Importance of Live Exposure

How important is touring and gigging to getting your band noticed? Apart from Professional Radio airplay it’s probably the most effective thing you can do to get your band recognized by a mass group of people. Mass groups of people means mass amounts of money. Word of mouth about your music in conjunction with a solid live presentation is a very powerful medium, and popularity is a contagious especially among teenagers. But for new bands, artists, the music business will probably not be very lucrative at first.

It’s so true that you have to start somewhere, and you must prove yourself on a smaller scale before you can do it on a much larger one. It can also be said that before you conquer the world, you must first conquer a city or locale first. Every big band out there has their stomping ground. Bands like Pearl Jam, Dave Mathews Band, Tool, Green Day, Metallica had to start somewhere before they started selling out arenas. It can take years to develop a serious draw potential regionally, and you may have to swallow your pride along the way. Getting a record deal usually means years of selling CD’s out of the trunk of your car, doing things for free, getting puked on, sleeping in cars, and proving yourself each weekend by bending over backwards for a lot of folks in the industry. Eventually hard work and persistence will pay off. One day, you’ll get to a place where your buzz factor feels like a runaway train. A slam dunk live show is like pouring gasoline on the fire. A huge draw always leads to bigger and better things, and it’s one of the most important bargaining chips you’ll have. Below are just a few things you can do to get things moving in the right direction.

– Release an industry standard CD or DEMO every April.
– Deliver a solid live presentation (5-10 times a month)
– Always have CD’s for sale at the merch table.
– Start assembling a street team to get the word out about your band.
– Start networking with other regional bands to play shows together. The bigger the band the bigger the contact.
– Start making good impressions on local bookers, and club owners, and regional booking agencies.
– Build your solid reputation one venue, one show, one fan at a time.
– Begin building your serious draw and buzz factor round your music.
– Submit your CD to all the popular local and college radio stations. Garage Band format may be the best you can hope for unless you know someone on the inside.
– Do all of the above consistently for one year.
– Document all revenue, ticket’s sold, “Hard Numbers” in your “1” Sheet annually.

Having a solid industry standard demo, or CD is important, but in the grand scheme of things it can be dwarfed by ticket revenue. Just ask The Police who grossed just shy of 150 Million last year in live ticket sales without releasing any new music. In this modern age on Internet Downloading, CD sales are at an all time low, so artists are relying primarily on Live Ticket Revenue for the lion share of their income. In the old days a new record usually meant millions in record sales, nowadays in conjunction with Radio Airplay it’s just a tool to that can create hype or “Buzz Factor” via Radio Airplay leading the consumer to the point of sale via a concert ticket. If you have a good CD congratulations, but now you must prove you can generate revenue through Live Exposure.